Today, students are taught according to the relevant educational programs. An integral part of such programs is the completion of individual student work, including writing an essay. This paper is one of the important forms of testing and evaluation of students’ knowledge, skills, and abilities of practical and research work. Properly written and designed work allows identifying the level of theoretical knowledge of the student. In addition, the application of knowledge in the implementation of specific professional tasks set before the student is revealed.

For many years, our essay writing service StudyEssay.org has been helping students complete essays on a variety of topics. We have a team of professionals who can handle any task. All papers are made from scratch and sent within the specified time. The level of uniqueness of custom essays is always high. So, if you have any difficulties with your assignment, contact our manager and get support from a qualified expert today!

Below we will tell you in more detail what words and phrases are appropriate to use in the essay paper. This information will be useful to everyone.

How Is the Ratio Between the Structural Elements of an Essay Achieved?

The individual parts of the paper and the positions within the parts must be interconnected. That is, the work must have a so-called block structure. There should be a certain ratio between the blocks, not a simple accumulation of material. It is achieved through the use of special words or phrases that ensure the transition. These words can be divided into the following groups:

Negative transitional constructions are expressions designed to weaken the positions that the writer wants to criticize. For example: “but …”; “however…”; “unfortunately…”; “it seemed that …”; “actually …”; “no one expected that…”, etc.

Affirmative transitional constructions are expressions designed to reinforce the provisions that the author defends. For example: “by the way…”; “In addition…”; “this can be confirmed by the fact that…”; “it is also known that…”, etc.

According to the specialists of our Study Essay company, the essay acquires an integral form due to the use of various transitional constructions. Each element serves a common purpose – to influence the reader. The writer can also use transitional constructions that contain a direct appeal to readers. For example: “and now let’s think together about…”; “let’s remember that…”; “try to imagine that…”, etc.

Do you need a plagiarism-free essay? We'll do it in 3 hours!

List of Phrases That Can Help Create Good Essay

We have already considered the general classification of constructions that help to represent the material in a logical sequence. Don’t use all of them on your paper. You only need to use a few. In addition, some phrases are best used in the essay introduction, others in the body, and still others in the conclusion. There are no strict rules. The choice of key phrases depends on the type of paper and the purpose of its writing.

Now let’s consider the list of those phrases that are most often used in an essay.

Practice shows that the authors of essays quite often use insert words such as “firstly, secondly, thirdly” to introduce their arguments. However, these means are not always grammatically appropriate, stylistically, and compositionally motivated.

These words should be used by following a few rules:

The main advantage of the theory of institutionalism lies in several aspects:

In view of, considering

These phrases are usually used at the beginning of an essay. They allow focusing on what is already known on the topic and identifying aspects that need to be addressed. Consider an example:

In view of the current global financial crisis, it is becoming clear that crises are easier and cheaper to prevent than to overcome.

Referring to the view of, according to

The constructions such as “referring to the view of, according to” usually indicate the source of an information. They can be used when you are sure of the accuracy of the data and the reputation of the author. Here is an example:

According to the deterministic concept, observations (the former state of the system) together with the laws of development determine the future state.

The phrases such as “furthermore, moreover,” express the sequence of ideas and their relationship with each other. They allow the author to logically enter some valuable information into the text of the essay:

In addition, parents and representatives of public organizations can be involved in this group to make these activities more diverse and interesting.

“In order to” is a useful academic construct that allows introducing an explanation or stating a goal. Pay attention to the below example:

In order to receive the newspaper on the day of its publication, it is necessary to make an electronic subscription.

To put it another way, in other words

The phrases such as “to put it another way, in other words,” allow you to activate the story. Essay authors use them to explain information, make it more accessible to readers. For example:

Likewise, similarly, as well as

The use of essay phrases such as “likewise, similarly, as well as” allows you to ensure the consistency of thought. Most often, their use is appropriate if the author of the paper wants to add important information to confirm the arguments or the stated position:

The concept of “political (social) networks” is a new approach to social governance, which is based on the democratic practice of modern states and the restructuring of relations between government and modern society.

However, conversely, on the contrary, alternatively, whereas, on the other hand

Such word combinations indicate the opposition of one thought to the previously stated. They also indicate the sequence of ideas or their logical conclusion. Here is an example:

However, in translations of free poems, there is often a collapse of emotional microimage fragments, i.e., the implication of figurative content and compression of its form.

In comparison, by contrast, yet

The phrases “in comparison, by contrast, yet” allow you to compare and distinguish between objects, phenomena, or processes. They are often used in essays, especially when representing arguments in the main part of a paper. Pay attention to the following example:

The concept of “competitiveness” reflects the entity’s potential ability to operate effectively compared to other market participants in a competitive environment.

Nonetheless, provided that, despite this

The phrases “nonetheless, provided that, despite this” are also quite common in essay writing. These constructions help to demonstrate the importance of considering the problem, despite its validity, criticism, etc.:

Despite the fact that the problem of the tax burden has been the subject of scientific research since the XVIII century, it remains unresolved.

Another effective way to create contrast and grab the reader’s attention is to highlight a certain fact, argument, etc. Phrases like “significantly, importantly, notably” can provide help with this:

Importantly, the precondition for the emergence of interest in the problem of integrating the content of chemical education was the need to humanize the content of education.

To elucidate, as evidence, to give an illustration of, to demonstrate, for instance

The phrases such as “to elucidate, as evidence, to give an illustration of, to demonstrate, for instance,” are great for introducing examples. They allow avoiding the repetition of the same phrases and increasing the readability of the text as a whole. Consider an example:

The report is generated manually or using software, for instance, a 1C application solution.

To summarize, to conclude, in sum, in conclusion

Such word combinations allow summarizing the results of the research. They lead the reader to the main conclusions that were made by the author:

In conclusion, we should note that the quality of processing results largely depends not only on the correct choice of the main procedures and parameters but also on the effectiveness of its previous stages.

The words “compelling, persuasive” allow highlighting the most important ideas, thoughts, arguments in an essay:

This idea seems the most persuasive.

This suggests that the consequence is, therefore

Such phrases are often used to maintain a logical relationship between paragraphs. They create a good basis for the transition to explanation and defending one’s own position:

All this suggests that you are targeting a market, the rapid growth of which is not far off.

Especially, it should be noted, chiefly, above all

The phrases such as “especially, it should be noted, chiefly, above all” emphasize the main point of your research. They grab the reader’s attention and establish a logical relationship between individual sentences:

Class 1 includes chiefly chemical products intended for use in industry, science, and agriculture.

The phrase “all things considered” illustrates that you were able to consider various aspects of a problem in the course of the work. It shows that you are ready to provide a conclusion:

Therefore, all things considered, there is an urgent need to develop a concept that would define a new strategy for a purposeful and effective process of educating the subject of civil society.

Use these phrases in your essay, and you will be able to write a good paper! And don`t forget that you can get professional help here if you need it.

Professor Michelle Brown received her Ph.D. Degree in Education Arts from Ontario Institute for Studies in Education. Every year the writer improves his knowledge in English literature, linguistics, history, psychology, sociology. Over the years, the author has gained experience writing online articles and is happy to share her knowledge with students. Also, the writer helps students cope with academic assignments and learn the secrets of education, about which the teachers are silent. 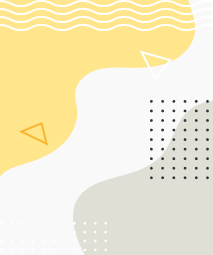 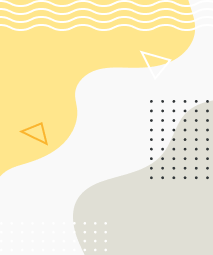 What Is a Dissertation Methodology and How to Write It Correctly: Tips to Use